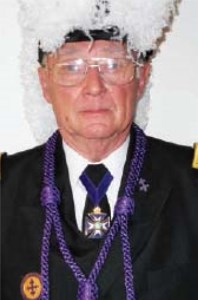 Vincent L. Hurlbut was born in West Mendon, New York, on June 28, 1829. His father, Dr. Horatio Nelson Hurlbut, was a prominent and widely known physician of Chicago. His early education was acquired in the public schools of West Mendon, and at Jefferson Academy after the family moved to Ohio. When he completed his course at the Academy, he decided to follow his father's profession, and attended a course of lectures at Cleveland Medical School during the winter of 1849 and 1850. In 1851 his father moved to Chicago to establish his practice there and Hurlbut entered Rush Medical College, graduating in 1852. He remained in Chicago, and for the next forty-four years was actively engaged in the practice of his profession. He was a prominent member of the American Medical Association, the Illinois State Medical Society, and Vice-President of the Cook County Medical Society.
During his years of medical practice, he endeared himself to all by his kindness and charity. He had the esteem of his colleagues and the respect of all who knew him. He passed away at his home in Chicago on July 24, 1896. The services were held at his residence on July 25 under the auspices of Apollo Commandery No. 1. The funeral was attended by distinguished Knights Templar and prominent Masons from all parts of the State. The Grand Encampment was represented by Past Grand Master Palmer of Milwaukee, Wisconsin.
Throughout his life he had a warm interest in Freemasonry. He was raised in Wawbansia Lodge No. 160 in Chicago in 1857. He was exalted in Washington Chapter No. 43 on December 31, 1858.
He received the 32° of the Ancient and Accepted Scottish Rite in Chicago on April 21, 1864. He was crowned a Sovereign Grand Inspector General in Van Rensselaer Council on May 18, 1865, and became an active member of the Supreme Council on June 26, 1868. He was Deputy for Illinois from 1870 to 1873.
He received the Orders of Knighthood in Apollo Commandery No. 1 at Chicago in 1859. At once he became active in the work and in 1863 was elected Eminent Commander. In 1864 he was elected Grand Generalissimo of the Grand Commandery of Illinois and in 1867 became Grand Commander.
At the Conclave of the Grand Encampment held in Baltimore, Maryland, in 1871 he was started in the official line as Grand Generalissimo. In 1877 at the Conclave held in Cleveland, he was elected and installed Grand Master of the Grand Encampment.
He served faithfully and well, and in closing his address, he stated:
"All that I have seen or heard confirms my faith, exalts my pride, and strengthens my confidence in this great and growing Order of Knighthood. The day of doubt and conflict has passed, and the day of achievement has come. We are standing on the threshold of a future of dazzling possibilities. All we need is fidelity to ourselves and to opportunities that invite us to make actual all and more than we dare to hope or dream."
At the Conclave of 1883, held in San Francisco, the following tribute was given to Sir Knight Hurlbut:
"Resolved that the services of our Past Grand Master Vincent Lombard Hurlbut are hereby recognized by the Grand Encampment and that as a tangible expression thereof a committee be named to prepare and present to him the official jewel of the Body together with the best wishes that he may have length of days and all prosperity."