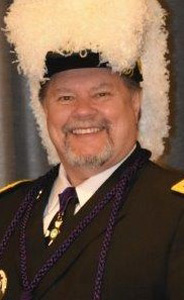 From Grand Lodge of Massachusetts, Proceedings, Page 1897-94: and masonicgenealogy.com

SIR BENJAMIN DEAN, 12th Grand Master of the Grand Encampment of the United States from 1868 to 1871.

"R.W. Benjamin Dean, Past Junior Grand Warden of this Grand Lodge, died at his home in South Boston on the morning of the ninth of April last, after an illness of several mouths, at the age of seventy-three years. P. G. Master of the Gd. Encampment: of Knights Templar of the United States, Active Member of the Supreme Council of 33° Northern Jurisdiction of the U.S. Although he had been an invalid for four or five years, he retained until the end that expression of strong personality and that same ruddy appearance of countenance which were characteristic when in the prime of vigorous health.

"Benjamin Dean was born in Clitheroe, Lancashire County, England, on the fourteenth day of August, 1824. His family came to this country when he was about five years old and settled in Providence, R.I. Shortly afterward they moved to Lowell, Mass. He was there educated in the public schools, and was graduated from the Lowell High School in 1840. He entered Dartmouth College in 1841, but remained only during the freshman year, when he returned to Lowell and commenced the study of law in the office of: Judge Thomas Hopkinson. He was admitted to the bar in 1845 and began the practice of law in Lowell, where he remained until 1852, when he moved to Boston. In 1848 he married Miss Mary A. French, of Lowell, daughter of the late Hon. Josiah B. French, of that city. Six children were born of this union, four of whom still survive. Mrs. Dean died on the 18th of September, 1894.

"He was raised to the degree of Master Mason in St. John's Lodge, of Boston, on April 21, 1854, and on the same date was admitted to membership in that Lodge. On the 27th of December, 1855, a Dispensation for Winslow Lewis Lodge was granted by the Grand Lodge, and in this Dispensation Bro. Benjamin Dean was named as Junior Warden. He served as Master of this Lodge during the years 1858 and '59. On the 14th of December, 1859, he was appointed District Deputy Grand Master for the First Masonic District of Massachusetts for the year 1860, and by appointment of the two succeeding Grand Masters he filled the office of District Deputy for the years 1861, '62 and '63. In 1864 he served as Junior Grand Warden, thereby becoming a Permanent Member of the Grand Lodge of Massachusetts. Brother Dean was an enthusiastic Mason. He heartily enjoyed the social advantages, and believed in their beneficial influence, but he enjoyed iu far greater degree the study of its history, and the elevating power of its fascinating symbolism. Hence it may not be considered inappropriate in this connection to mention in outline the date. of his affiliation with other branches of the Order.

"In the autumn of 1884 Brother Dean met with an accident which made a prolonged confinement to his bed necessary, and although for a little while his physical condition seemed improved he never fully recovered, and for the remainder of his life he was a constant sufferer, gradually growing weaker all the time, until finally the end came on the date mentioned above. The funeral services occurred at his home on the 12th of April, after which the body was conveyed to Lowell for burial in the family lot in the Lowell cemetery. Simple but impressive services were performed at the grave, and a few of his Brethren and old-time associates joined with the family in paying the last sad tribute to the memory of an estimable man, an ardent Mason, and an honored, trustworthy friend.

"Thus at unexpected moments one by one our companions pass from sight; the tender ties of friendship are torn asunder, and buoyancy of heart is displaced by depression and gloom. Some drop away in the flush of manhood, and some under the burden of. years. But whenever or wherever the lines are broken the ranks are speedily closed and the great procession with apparent unconcern moves incessantly on. The remembrance of an upright, useful life, however, will long abide to comfort, to cheer and to bless. May the strong and praiseworthy qualities of mind and heart which governed our Brother in his long and active career be cherished fondly by surviving friends as an incentive toward the attainment of that integrity of character of which the Great Master in the end may say, 'Of such I am not ashamed.'