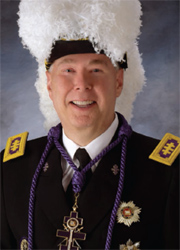 Jeffrey N. Nelson was born on November 25, 1957, in Tioga, North Dakota, to Patricia C. and the late Dr. Norman M. Nelson. He graduated with honors from Tioga High School, is a summa cum laude and Phi Beta Kappa graduate of the University of North Dakota, and is a graduate of the University of North Dakota School of Law. While in law school, he participated in moot court, was published in the North Dakota Law Review, and was a member of the inaugural student exchange program with the University of Oslo School of Law, spending a semester studying in Oslo, Norway. He is also a graduate of the Legislative Staff Management Institute, Hubert H. Humphrey Institute of Public Affairs, at the University of Minnesota. He is a member of Zion Lutheran Church.
Jeff is licensed to practice law before the Supreme Court of North Dakota, United States District Court for the District of North Dakota, United States Court of Appeals for the Eighth Circuit, and United Sates Supreme Court. He is a member of the State Bar Association of North Dakota and its Real Property, Probate, and Trust Law and Indian Law sections; Big Muddy (South Central Judicial District) Bar Association; American Bar Association and its Section of Environment, Energy, and Resources; Rocky Mountain Mineral Law Foundation; and Energy and Mineral Law Foundation. He is also a member of the Federalist Society; Supreme Court Historical Society; and Sons of the American Revolution.
Jeff is retired as legal counsel and Assistant Code Revisor for the North Dakota Legislative Council and is currently president of Nelson Oil and Gas Holdings LLC, a minerals management concern, and general partner of Nelson Land Holdings LLLP, a family farming and ranching operation. He is a recipient of the "Water Wheel" award from the North Dakota Water Users and North Dakota Water Resource Districts Associations in recognition of his distinctive leadership and perseverance in motivating development of North Dakota's water resources thereby fostering a better quality of life for its people and specifically for his efforts in drafting landmark water development finance and flood control legislation.
Jeff is a member, past master, and past chairman of the Board of Trustees of Bismarck Lodge 5. He is also a member of Mandan Lodge 8, Chancellor Walworth (Steele) Lodge 102, West Gate (Tioga) Lodge 125, Lewis and Clark (Bismarck) Lodge 132, International Lodge of Freemasons, Northern Lights Historic Lodge 68, and Yellowstone Historic Lodge 88. He is active in local and state-wide Masonic activities and is currently a member of the Grand Lodge Masonic Education Committee, chairman of the Bylaws Committee, and chairman of the Trial Commission.
Jeff is a past grand high priest of the Grand Chapter of Royal Arch Masons of North Dakota and is a recipient of the General Grand Chapter Bronze Distinguished Service Award. He is a past illustrious grand master of the Grand Council of Cryptic Rite Masons of North Dakota, a recipient of the Cryptic Mason of the Year Award, and is a Companion of the Secret Vault.
Jeff is a past grand commander of the Grand Commandery of Knights Templar of North Dakota and is a member of Tancred (Bismarck, ND) Commandery 1; St. Aldemar (Grand Forks, ND) Commandery 3, St. Michael (Tioga, ND) Commandery 19, St. Bernard (CO) Commandery 41; Anchorage (AK) Commandery 2; and Samuel Paul Honors (UT) Commandery 0. He is a past North Central Department commander, past member of the Committee on Templar Jurisprudence, and past publisher of the Knight Templar. He is a trustee of the Knights Templar Eye Foundation and served as chairman of the 42nd and 43rd Voluntary Campaigns. He has been invested with the rank and dignity of Knight Commander of the Temple and Knight Grand Cross of the Temple. He is a recipient of the Most Eminent Grand Master's Award from the Grand Encampment of Knights Templar, USA, PHA and the Chevalier Commandeur des Ordres Unis (honoris causa) from the Great Priory of France.
Jeff is also a member of the Ancient and Accepted Scottish Rite (33rd degree inspector general honorary); Shrine; York Rite Sovereign College (past grand governor, past marshal general, and a recipient of the Order of the Purple Cross); Red Cross of Constantine (currently intendant general); Knights of the York Cross of Honour; Knight Masons; Allied Masonic Degrees; Holy Royal Arch Knight Templar Priests (currently Grand First Pillar of the Grand College of America); Grand College of Rites (Past Grand Chancellor); Royal Order of Scotland; Universal Craftsmen Council of Engineers; Masonic Order of the Bath; St. Thomas of Acon; and the SRICF (currently Supreme Magus).
Jeff's interests outside the Fraternity include film, reading, travel, and running. He has qualified as a member of Marathon Maniacs and is a member of the 50 States Marathon Club, 50 States and DC Marathon Group USA, and Seven Continents Club. He has finished fifty-three marathons and completed marathons in thirty-one states, in two Canadian provinces, in seven countries, on four continents, and finished five of the six World Major Marathons.