A careful look must be taken at the known history of the growth and development of the Chivalric Orders of masonic knighthood if any sense is to be made of the connection between the Templars and Freemasonry. The earliest recorded masonic Knights Templar organizations were in Scotland and Ireland in the mid 1700s. They seem to have formed after a speech made by Michael Ramsay of Scotland in France purporting that the Knighthood of the Crusades had masonic influence. No-one is absolutely certain as to the exact dates involved, but in America the series of events are easier to follow.

The earliest written record available in America mentioning the Knights Templar is to be found in the records of St. Andrew's Royal Arch Chapter. (called a Royal Arch lodge at that time.) On 28 August, 1769, William Davis was « Accepted and Accordingly made by receiving the four steps - That of Excellent, Super Excellent, Royal Arch, and Knight Templar. »

Who then were the Officers of Saint Andrew's Lodge who performed the work that day ? Looking at the list we find James Brown listed as Royal Arch Master. He was Master of Glittering Star Lodge n° 322 and listed as N° 48 on the list of Brethren, Grand Registry of Ireland. Next we have Charles Chambers listed as Senior Warden of St. Andrew's Lodge, also Senior Warden of Glittering Star Lodge N° 322 and n° 38 on the same list of Brethren. The test of the members present were members of St. Andrew's Lodge or members of British Army Lodge n° 322.

Who was William Davis, and what was his background ? How did he happen to be in the right place at the right time to become the First Knight Templar created in America? He was born on 13 June 1724 the son of William and Mary Davis in Boston, Massachusetts and baptized in the Episcopal Church on 19 July, 1724. He had a sister, Hannah born on 17 February, 1723. He must have been an educated man, as he owned an Apothecary shop on Prince Street near the Charles River Bridge in Boston. He was married three times, and his third wifé, Sarah (Winchester ?), outlived him. He had one son, Benjamin Davis, born 20 March 1765, who eventually became a Major in the local Massachusetts Militia. William Davis was very active in local politics, and from May to November 1776, he was a member of the « Committee on Correspondence » in charge of inspection and saféty in the area.

Military life must have fascinated him as well, for it was he who proposed the «Barrel Defense » used at the battle of Bunker Hill on 17 June, 1775. This was a simple but effective defense and consisted of barrels filled with stones and earth rolled down on the attacking units. He appears on the « List of men subscribing to regulations for formation of an independent company to be raised in Boston.* The officers of this company were commissioned in council on 7 December, 1776, with John Hancock named as Major General and Colonel of the Regiment. His immediate superior was Colonel Henry and the dates of his service were from 1 February, 1777 to 15 October, 1778 when he received an honourable discharge from General John Sullivan. Freemasonry was also an important part of his lifé. He is listed as a member of St. John's (First) Lodge in Boston on 26 December, 1750. He then disappears for a time, emerging again as Worshipful Master of the British Army Lodge No. 58 and is, in fact, one of the signers of the petition sent to the Grand Lodge of Scotland for the appointment of Joseph Warren as Provincial Grand Master of the Grand Lodge of the « Ancients » established in Massachusetts (this is recorded in the proceedings of the Grand Lodge of Massachusetts.) Although there are no written records, it is obvious from his attaining JK the Chair of his Lodge that he not only continued his masonic career, but excelled at it. It was during this period that we see mention made in the records of the Massachusetts Grand Lodge and the Lodge of St. Andrew, that he joined the Lodge of St. Andrew (1757) and presumably became friendly with Paul Revere and Joseph Warren. He was present at the St. John's Day banquet on 27 December, 1769 when Joseph Warren was installed as Provincial Grand Master and again on 2 March, 1770 when he was appointed to serve on a Committee « To prepare a body of laws for the regulation of the Grand Lodge. »* He also served as Secretary of British Army Lodge n° 58 until 1772 when the 29th Regiment and the 14th Regiment were shipped out to other areas because of the unrest surrounding the « Boston Massacre. »

It was a natural extension of Davis' masonic Career that led him to petition for and receive the four steps of Excellent, Super-Excellent, Royal Arch and Knight Templar on 28 August 1769. He was a member of two Ancient's Lodges, St. Andrew's and British Army Lodge n° 58. At that period the Lodges of the « Moderns » did not recognize any degree above the Third or Master Mason Degree, and it was through the Scottish and Irish Ancient Lodges that the Higher Degrees of York Rite Masonry arrived in America. Here we might pause and ask the question « If English (Modern) Lodges did not the so-called Higher Degrees, how then did the members of British Army Lodge n° 58, become acquainted with them ? » The answer is simple ; they probably became aware of andreceived them in Halifax, Nova Scotia some time between june of 1766 and of 1768 when both lodge n° 58's regiment and lodge No. 322's regiment were stationed there. Lodge n° 322 was an Irish Lodge and had been stationed in Ireland for some years before being shipped out to North America. It is therefore a logical assumption the ritual or ceremonial system used to confer the four steps in St. Andrew's Lodge in August of 1769 was, in fact, learned in Ireland where « Glittering Star » Lodge n° 322 was active between 1759 and 1765. In the museum of the Grand Lodge of are several Knight Templar membership certificates : one dated 1759 from Ireland, and several others dated in the period 1770-1790. What Ritual was used to confer the Four Steps or Degrees ? There has been much speculation on this question but no certain answer has been given. We would love to the content of those early degrees, but our curiosity and thirst for knowledge will remain forever unsatisfied. There are no written records, and those that may have existed have long since disappeared. There does exist a plate used in the printing of Lodge Summonses in 1790. This does have many recognizable emblems, and seems to show that the central idea of the Knight Templar Degree was basically the same as it is today with a very much shortened ritual. We do know that it was the regular custom to « Work » or « Communicate » the Four Degrees at one meeting. The degrees must have been Communicated as a Bylaw of St. Andrew's Chapter of 1769 appears to indicate that the early meetings were held with the members seated around a table.* In his book Pour La Foy, (pp. 207-211), George Draffen gives an extract frorn the « Regulations of the Temple » relative to the reception of new Fratres. The extract consists of a list of questions and answers that was apparently used to admit knights into the medieval Order of the Templars. At the end of the text it is indicated that the Scottish Templar Ritual is based on this working. It is thus probable that the degree communicated to William Davis that evening followed this Ritual to some extent.

In 1769 there were already Knights Templar in America, but William Davis has the honour and distinction of being the first Knight Templar to be created in what is now the U.S.A. 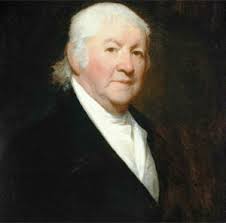 Who followed Davis and how did the Masonic Order of the Temple grow in the United States ? The second Knight Templar in America was created on 11 December, 1769. His name was Paul Revere, immortalized in Henry Wadsworth Longfellow's poern on his famous midnight ride. He was born in Boston on 1 January, 1735 and was apprenticed as a Silversmith and Engraver, which trade he followed all of his life and in which he achieved distinction. He was an avid Patriot, joining an expedition against the French at Crown Point in 1756, and was an ardent advocate of American Independence, wellknown for his activities at the Boston Tea Party. He was military minded, being appointed Major and afterward Lieutenant-Colonel of a regiment raised in Boston. He petitioned and received the Degrees of Excellent, Super-Excellent, Royal Arch and Knight Templar in St. Andrew's Chapter on 11 December, 1769. During the early part of 1770, he was elected junior Warden of the Chapter, thus becoming the third person to hold that rank. Eventually he was elected Grand Master of the Grand Lodge of the Ancients in Massachusetts, thus crowning a long and distinguished career in Freemasonry. 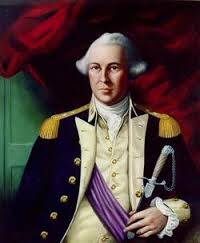 The third Knight Templar in America was created on 14 May, 1770. His name was Joseph Warren, perhaps the best known of the three. He was the first hero of the Revolution, and his 'Job description' at that time might have consisted of physician, patriot, politician, spy, military General, writer, and, most importantly for our purposes, freemason. He held the title of Presiding Grand Master of the Grand Lodge of St. Andrew (Ancients) when he was created a Knight Templar and still held it when he gave his life on the battlefield of Bunker Hill. He was the author of the Suffolk Resolves which had a tremendous impact on the Congress of 1774. Being very much respected by both the British and Americans, he had on his staff as Grand Master several British Officers of the Military Travelling Lodges as well as Americans. It is a local legend that after the battle of Bunker Hill and after the British evacuation of Boston, his three brothers went looking on the battlefield for his grave. They were looking for an Acacia bush left by sympathetic British Officers, who were masons, to mark his grave. The first monument on Bunker Hill was erected by Wàrren's Lodge to commemorate his name. The life and deeds of joseph Warren still remain a mystery to most American historians to this day. It is said that, had he lived, he would certainly have rivalled George Washington in popularity and might have become first President of the U.S.A.

NOTES
1. 150thAnniversary of StAndrews RoyalArch Chapter
2. See Massachusetts Soldiers and Sailors of the Revolutionary War.
3. Proceedings of the Grand Lodge ofMassachusetts 1737-1792.
4. Article II of the Bylaws of 1769 reads as follows: The Master, wardens and test of the brethren shall seat themselves at the table during business according to Seniority and every member of this Society shall obey the master in all reasonable matters which tend to Masonry.